We are OPEN for business and ready to assist you remotely during the COVID-19 pandemic. If you need anything, please do not hesitate to contact us.

Get a former prosecutor on your side 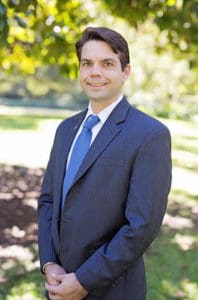 Accusations of domestic assault are taken very seriously by law enforcement in Dallas and can have serious repercussions for those who are accused of violence. Violence between family members can happen during many situations, including out of control arguments, disputes during a divorce, and disagreements about child custody arrangements. Sometimes, an alleged victim may falsely accuse a family member, spouse, or domestic partner of committing domestic assault. Once an allegation of domestic violence is made, even the accuser can’t take it back.

Domestic assault convictions often result in serious penalties.  These charges may include fines, jail time, an inability to own or possess firearms, a possible order of protection as well as a permanent criminal record. Domestic violence allegations are extremely detrimental to a person’s life and future, and should, therefore, be taken seriously.

It’s important to remember that you have not yet been convicted of the charge. You need to work with an experienced attorney that will defend you in and out of court, to help get your charges reduced or dropped. It is in your best interests to reach out to a lawyer as soon possible.

What is Considered Domestic Assault?

What are the Domestic Violence Laws in Texas?

Several offenses fall under the category of domestic violence, such as assault and battery, verbal threats, stalking, child abuse, sexual assault, violation of a restraining order, and kidnapping.

According to Texas Penal Code § 22.01, a person can be charged with domestic assault if the following occurs:

What are the Penalties for Domestic Assault?

In Texas, domestic violence charges are penalized as follows:

A person convicted of simple domestic assault may be required to pay restitution, which could include reimbursing the victim for costs resulting from the crime, such as medical treatment costs or property damage.

The state of Texas also offers alternatives to serving prison time for a person charged convicted of domestic assault. If the accused is convicted or pleads guilty to the charge, they may be granted probation as an alternative.  The probation is two years for a misdemeanor and ten years for a felony charge.

The court may also require the person that is charged to spend time in jail before starting probation, which is usually 30 days for a misdemeanor charge, and 180 days for a felony charge.  The accused should also successfully complete probation and meet other conditions the court may impose such as meeting with a probation officer, paying probation costs, maintaining employment, observing curfews, going to treatment, taking drug tests, and avoiding additional arrests.

Defending Yourself Against Charges of Domestic Assault

Sometimes, people are falsely accused of domestic assault. It is common for a domestic partner or a spouse to wrongly accuse a significant other of a violent act due to anger, jealousy, divorce, or child custody issues.

When law enforcement is called to the scene of a domestic disturbance, they usually are prepared to make an arrest.  The matter is sometimes not fully investigated to determine who the actual aggressor was in the situation. This may lead to the police making possible mistakes in the case, and an innocent person being charged as a result.

When it comes to domestic assault cases, our determined criminal defense attorneys at the Law Offices of RJ Harber mean the difference between reduced or dismissed charges or serving serious jail time.

Our office is dedicated to defending the rights of the accused and committed to the presumption of innocence. RJ Harber can make a serious impact on the outcome of the case by ensuring that your rights are protected throughout the legal process.

If you are wrongly accused of domestic assault,  consult with an attorney that understands the complexities of the Dallas and Tarrant County criminal justice court system. Contact our office today for a free consultation.

Areas We Serve in Dallas/Tarrant County